Robin E. Mockenhaupt, Ph.D., MPH, MBA, will be recognized as the University of Maryland School of Public Health’s Distinguished Alumnus of the Year at the Thirteenth Annual Alumni Association Awards Gala on Friday, October 25, 2013.

Now the chief of staff with the Robert Wood Johnson Foundation  (RWJF)— the country’s largest philanthropy devoted to public health — Dr. Mockenhaupt has had a distinguished career leading efforts to influence national policy related to health and aging. 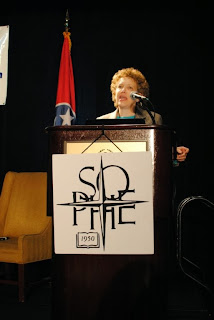 She joined RWJF in 1999 as a senior program officer and rose to chief of staff in December 2008 after serving in multiple roles. In her role as chief of staff, she is responsible for foundation-level, cross-functional teams and operations, strategic planning, and operations and support.

RWJF is dedicated to solving the most pressing health and health care problems facing society through new ideas, spreading knowledge, system changes, and fostering healthy and health-promoting environments. Dr. Mockenhaupt has left her impact on RWJF and continues to further its goals.

Dr. Mockenhaupt received her Ph.D. in health education from the Department of Behavioral and Community Health and a graduate certificate in gerontology from the Center on Aging at the University of Maryland in 1999, building upon her already established career in health and aging.  She also holds an MPH in health administration from Columbia University, and an MBA and BS in biology from the Pennsylvania State University.

She served on the School of Public Health’s founding Board of Visitors where she helped develop the vision for the creation of the School, which was built upon the former College of Health and Human Performance.

Before joining the Robert Wood Johnson Foundation, she held positions in Washington for nearly two decades. Many of her positions were with AARP, including manager and director of the National Resource Center on Health Promotion and Aging, where she was employed for 16 years. Other positions she held were with Focus Technologies in Washington; the National Center for Education in Maternal and Child Health at Georgetown University; and the National Health Screening Council in Bethesda Md. 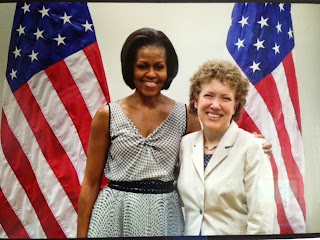 A native of Pittsburgh, she now lives in New Jersey with her husband, Ralph. They have two adult children.