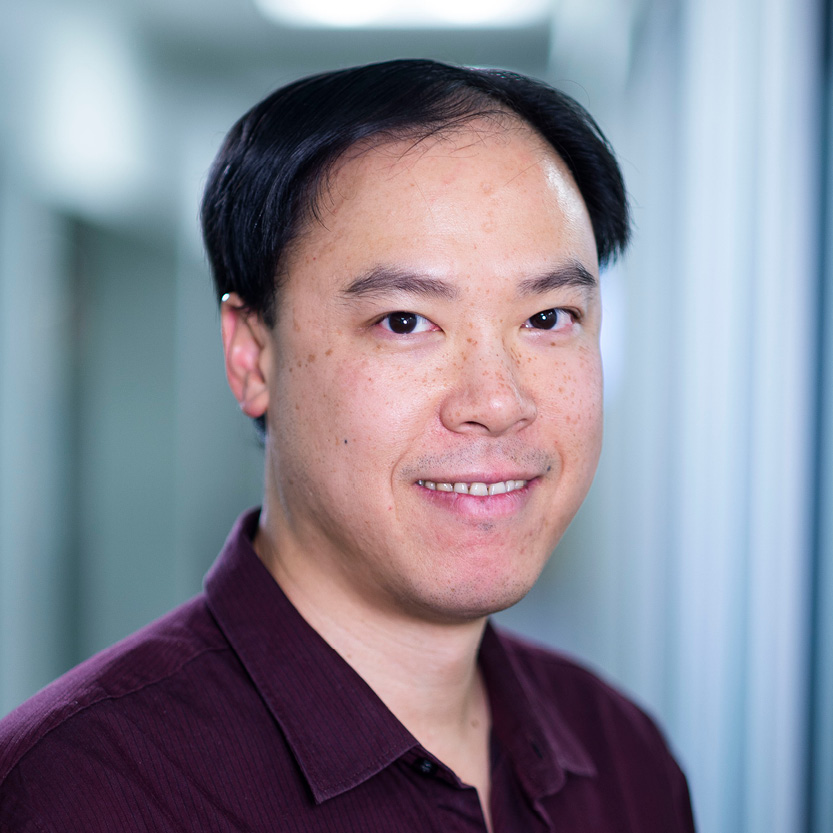 Dr. Filbert Hong is the senior project manager and data manager for the StopCOVID@UMD study and PHAB lab (continuing his roles from Prometheus@UMD), assisting in study coordination and REDCap administration.

Filbert had left the world of scientific research for a long time but has since come back. For more than ten years, he was Director of Artistic Operations for the National Philharmonic (based at the Music Center at Strathmore in North Bethesda, MD), a $2 million-budget symphony orchestra and chorus. He was orchestra personnel manager, production manager, chorale manager, stage manager, guest artist manager, education coordinator and music performance librarian.

He has also done orchestra personnel and production work with the Takoma Ensemble (based in Takoma Park, MD) and the Concert Artists of Baltimore. While he was a graduate student at Harvard University, he was Resident Tutor for Music and Biophysics at Lowell House and managed many of Harvard's student orchestras. For four years, he was executive producer for the Lowell House Opera, New England's oldest continually running opera company. He is a violinist and violist and choral singer.

Filbert earned his A.B. in Chemistry and Physics at Harvard College, and his PhD in the Harvard University Biophysics program, studying agonist and antagonist interactions with the nicotinic acetylcholine receptor ion channel, using electrophysiology methods (on whole cells and on detached patches), in the Department of Neurobiology at Harvard Medical School in the laboratory of Jonathan B. Cohen. He has also done work on the isolation of novel kinesin-related proteins and the photoelectric action of bacteriorhodopsin.