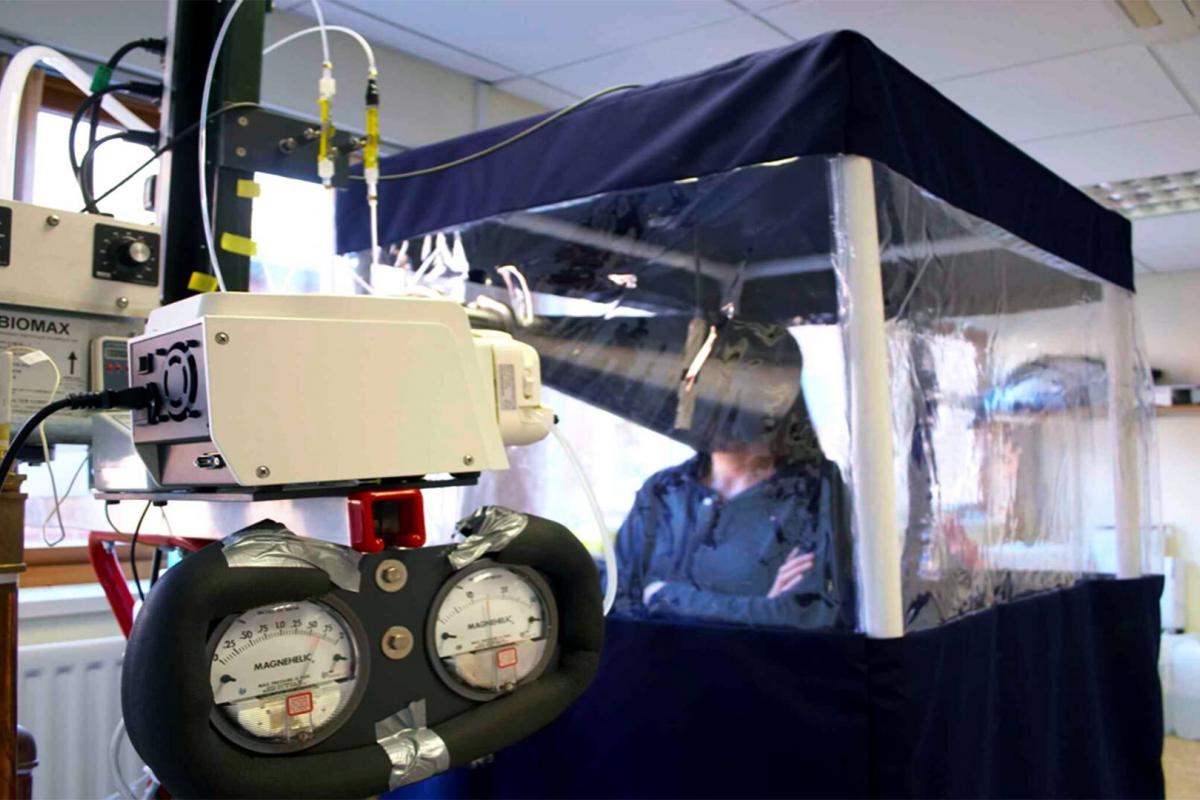 University of Maryland School of Public Health experts are responding to the global coronavirus pandemic, helping the public to stay safe and healthy, correcting misinformation whenever possible and sharing the latest science on COVID-19 transmission and vaccine delivery.

Sign up to receive our monthly newsletter highlighting these efforts and other public health discoveries and developments.

When it comes to contracting the flu or other respiratory viral illnesses such as COVID-19, medical experts have long believed the primary culprits were contact with contaminated surfaces or being sprayed by droplets from someone coughing and sneezing nearby. However, several recent studies have put the spotlight on aerosols—tiny particles that remain suspended in the air after an infected person breathes or speaks—as the dominant transmission route. Research over the last 20 years by School of Public Health Professor Donald Milton, M.D., has been central to this discussion, and now, Milton and collaborators could put to bed the debate over how viruses spread with help from a $15 million research award from the National Institutes of Health to develop new technologies for collecting viruses from the air and conduct a five-year randomized, controlled trial.
View Article UMD to Lead $15M Project Investigating the Role of Aerosols in Flu Transmission

Researchers Continue to Zero in on How COVID-19 Spreads

Talking and singing appear to spread COVID-19 far more effectively than simply breathing, according to a new study whose authors include current and future University of Maryland researchers.
View Article Researchers Continue to Zero in on How COVID-19 Spreads

Racial and ethnic disparities in maternal mortality—deaths related to pregnancy or childbirth—in the United States may be larger than previously reported, suggests a study published today that was led by a University of Maryland researcher and funded by National Institutes of Health.
View Article UMD-led Analysis: Racial Disparities in Maternal Deaths Larger Than Thought
View More Maryland Today Articles

Latest News from the School of Public Health