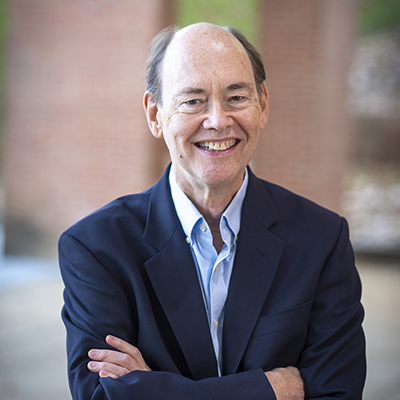 Donald K. Milton, MD, DrPH, is a Professor of Environmental Health at the University of Maryland School of Public Health, with a secondary appointment in the University of Maryland School of Medicine’s Department of Medicine. An internationally recognized expert on the aerobiology of respiratory viruses, Dr. Milton developed the concept of using indoor CO2 to directly measure rebreathed air and airborne infection risk. He is the Principal Investigator of the UMD StopCOVID study (investigating SARS-CoV-2 transmission) and of the newly NIH-funded Evaluating Modes of Transmission (EMIT-2) study, a 5-year $15 million UMD-UMB collaboration to perform randomized controlled trials that will define the modes and mechanisms of influenza transmission.

Dr. Milton graduated from University of Maryland, Baltimore County with a Bachelor of Arts in Chemistry in 1976 and obtained his Doctor of Medicine from Johns Hopkins University in 1980.  He went on to obtain his Master of Occupational Health and Doctor of Public Health from the Harvard School of Public Health in 1985 and 1989, respectively.

Dr. Milton is a pioneer of the modern science of airborne transmission of respiratory viruses. Starting in the late 1990s, he proposed that monitoring carbon dioxide concentrations indoors could be used as a marker for risk of respiratory virus transmission. The idea initially met with derision. His original paper demonstrating a mathematical model illustrating the concept was rejected at Science and other journals before being published by Indoor Air in 2003. He supported this concept with epidemiologic studies published in several journals between 1998 and 2004. Today, his idea has gained wide acceptance and is now promoted by many scientists and public health experts as a means of identifying high risk environments for the spread of COVID-19. His work also provided a key piece of the scientific basis for masks mandates that are now common throughout the world including the publication of a key paper April 1, 2020 that was downloaded over two million times during the first year of the pandemic.

Together these contributions by Milton provide key elements of the scientific foundation for the two most effective non-pharmaceutical interventions being deployed to control the SARS-CoV-2 pandemic. In recognition of his contributions, he has been asked by his scientific colleagues to take a leading role in efforts to persuade the WHO and CDC to fully acknowledge the importance of aerosols and their control in protecting essential workers and the public.

Milton’s work supporting the mask mandate started with his work on exhaled breath aerosols. He led development of two novel exhaled breath samplers (G-II, patent no. US 8,250,903, and the IcePac patent no. US 10,502,655). These instruments are unique in that they allow collection of exhaled breath aerosols while preserving biological properties including the infectiousness of viral aerosols. The G-II allows collection while a subject breathes normally, coughs spontaneously, and talks, sings or wears a face mask. Using the G-II, he and colleagues demonstrated that breath contains infectious influenza virus (not merely viral RNA), quantified the rate of aerosol shedding of both viral RNA and infectious influenza virus, and demonstrated the impact of face masks on influenza aerosol shedding published in PLoS Pathogens (2013) and PNAS (2018).

He then supervised a doctoral student in Hong Kong whose work using a G-II sampler showed that face masks block aerosol shedding of seasonal coronaviruses (Leung et al. Nat. Med. 2020). This work was cited by the National Academies in an April 1, 2020 letter to the White House as key evidence that face masks would make important contributions to controlling spread of COVID-19. In less than a year since publication, the paper has received significant attention with many citations (490 Scopus, 1039 Google Scholar, 198 Web of Science) and public and media attention (2.09 million downloads, Almetric score 20,848, 40,70 tweeters, 717 news outlets, 112 blogs, 69 Facebook pages and 22, video uploaders) making it the 6 th highest ranked paper for online attention of 27,7972 papers tracked by Atmetric.

Donald K. Milton, MD, DrPH is Professor of Environmental Health, School of Public Health, with a secondary appointment as Professor in the Department of Medicine, School of Medicine. He earned a BS in Chemistry from UMBC, MD from Johns Hopkins, and an MOH and a DrPH (Environmental Health) from Harvard. He is a Diplomat of the American Boards of Internal and Preventive (Occupational) Medicine and a Fellow of the International Society for Indoor Air Quality and Climate. He has served on the editorial boards of Applied Environmental Microbiology, Indoor Air, and BMC Public Health, and on the NIOSH NORA Indoor Environment Team and chaired the ACGIH Bioaerosols Committee.

Board Certified, Internal Medicine and Occupational and Environmental Medicine