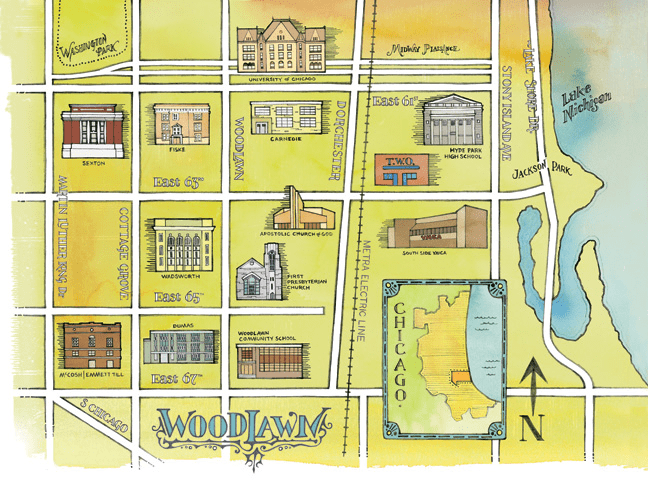 The Woodlawn Project began in partnership with the Chicago Board of Health, the University of Chicago, and the Chicago public and parochial schools in 1966 and continues today. Theories of risk and resilience, social involvement and control, and the interaction between individuals and their world are applied to understanding the lives of participants over time, beginning at age 6.

Initially, mothers, teachers, and school records provided detailed descriptions of the lives of these 6-year-old children and their families. Over time, some combination of mothers, teachers, and the study participants themselves described family, school, work, economic circumstances, stressful events, community characteristics, psychological and physical well being, and risk behaviors including drug and alcohol use and criminal behavior in adolescence (age 16), early adulthood (age 32), and midlife (age 42). We are currently in the field collecting data at age 62 to understand successful aging. Rounding out the extensive body of knowledge about this unique, clearly-defined community sample are official criminal justice and death records. In addition to interview data, official criminal justice record data extends to 2012 (age 52) and mortality information extends to 2021. By 2021, more than 20% of the cohort members had passed away.

1966-1967
First grade teachers assessed each child's classroom behavior; clinicians observed the children in standardized play situations; and mothers (or mother surrogates) were interviewed about their child and family.

1975-1976
Ten years after the initial assessments, 939 (75%) of mothers or mother surrogates were re-interviewed. From this sample, 705 of the cohort, now in their teens, were assessed on a psychological self-report instrument and a questionnaire that included items on family and school life, drug use, delinquency, and sexual activity.

1983
In 1983, based on work from the Woodlawn Project, the Baltimore City Public Schools and the Prevention Research Center of the Johns Hopkins Bloomberg School of Public Health created a partnership with parents, children, and teachers to develop the Baltimore Prevention Program to get children off to a good start in school.

1997-1998
Mothers of cohort members were located and interviewed (N=680). This time, interviews focused primarily on the women's lives, with additional questions about family and the focal children who were then in their late 40s.

2002-2003
At age 42, 833 cohort members were interviewed, 102 of whom had not participated in the interviews since childhood or adolescence.

2012
In partnership with the Illinois Criminal Justice Authority, official criminal histories were collected spanning ages 17 to 52.